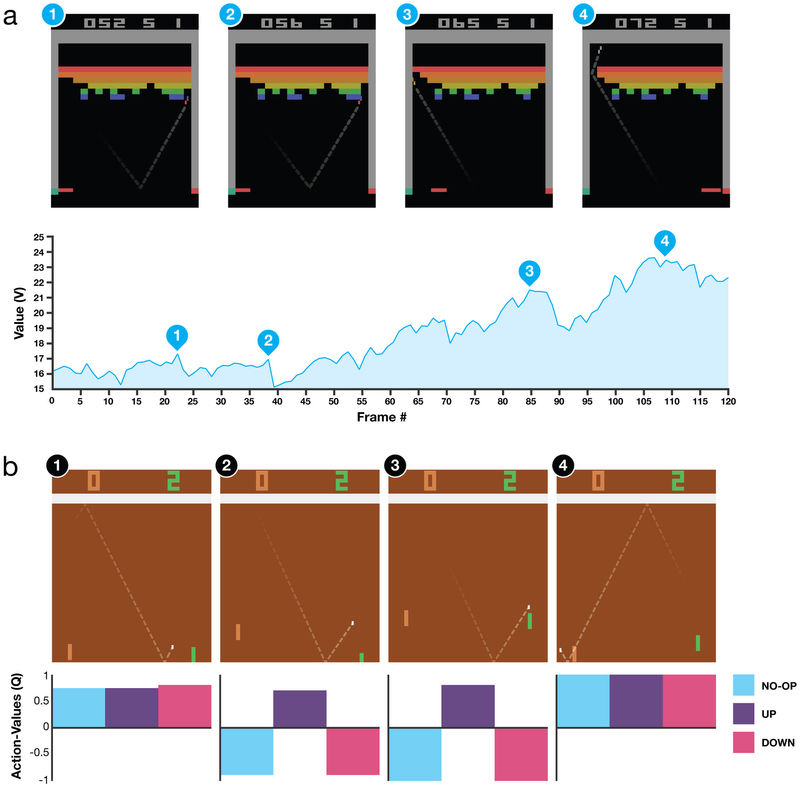 Using a bio-inspired system architecture, Deep Mind scientists have created a single algorithm (Deep Q-network: “deep convolutional network”) that is actually able to develop problem-solving skills and is able to understand spatial relationships between different objects in an image, such as distance from one another, in such a sophisticated way that it can actually re-envision the scene from a different viewpoint. This type of system was inspired by early work done on the visual cortex. And then they immediately put it to use learning a set of classic Atari video games.