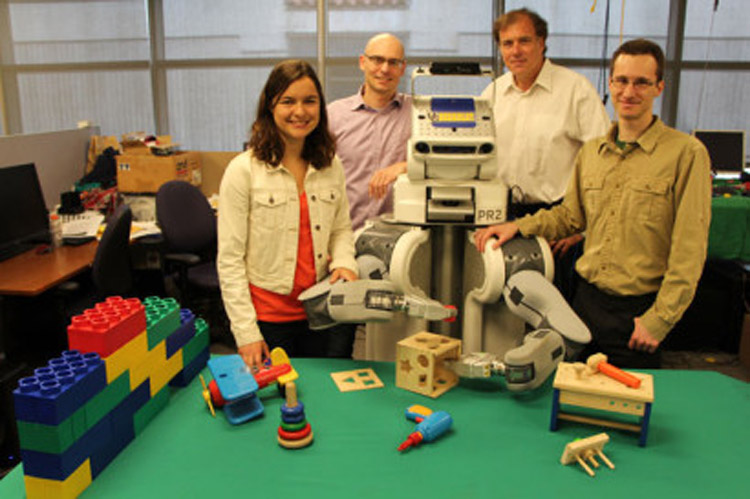 UC Berkeley researchers have developed algorithms that enable robots to learn motor tasks through trial and error using a process that more closely approximates the way humans learn, marking a major milestone in the field of artificial intelligence.

They demonstrated their technique, a type of reinforcement learning, by having a robot complete various tasks — putting a clothes hanger on a rack, assembling a toy plane, screwing a cap on a water bottle, and more — without pre-programmed details about its surroundings.

“What we’re reporting on here is a new approach to empowering a robot to learn,” said Professor Pieter Abbeel of UC Berkeley’s Department of Electrical Engineering and Computer Sciences. “The key is that when a robot is faced with something new, we won’t have to reprogram it. The exact same software, which encodes how the robot can learn, was used to allow the robot to learn all the different tasks we gave it.”